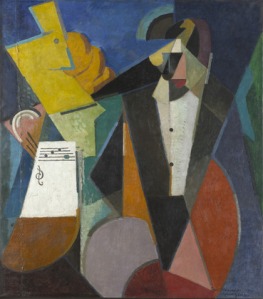 Inspiration comes to us when we least expect it. Its provocation can erupt suddenly as if fallen from the night sky while we wander the stars, realized in the chemistry lab mixing and measuring, or found while listening to the roar of Niagara Falls. As unique as a one’s fingerprints or as communal as a view from the Grand Canyon, whatever experience has crossed our path to stimulate us to create, to discover, to invent, to reshape, an inspiration is clearly an unexpected gift.

And though we are enamored by the monumental achievements that some are lucky enough to have endowed through some fortuitous inspiration; so too should the less celebrated accomplishments drawn from our personal and not so personal moments also be rejoiced. Some receive inspiration from the undertakings of others, as when we see a painting or hear a song; while some have harbored their muses since very young, only to have them hatch later in life growing in proportions that did not seem possible from what was believed to be a simple memory.

How and why we are inspired is not easily defined and where it leads us is as much an enigma. For an inspiration cannot be manufactured nor can it be anticipated, rather it is stealth and will find you when you least expect it. Covert, crafty, and often sneaky, it comes through the back door or enters boldly by way of the front….it arrives in many forms and any time… bestowing upon us a souvenir of life for us to manipulate. 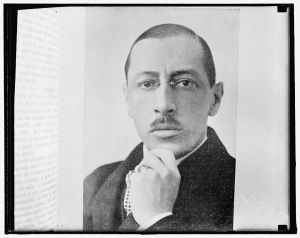 In today’s post I present to you a most inspirational figure; the esteemed thinker: Igor Stravinsky (1882-1971), born in Oranienbaum, Russia he is considered one of the 20th century’s most influential composers and artistic musicians. Though he grew up in St. Petersburg, he moved to France and then later to the United States, becoming attached to the cultural way of life in Los Angeles, California. Here he felt intellectually alive living among other musicians, writers, and artists. Stravinsky is best known for his unconventional arrangements, where he first earned international fame in Paris for three now well-known ballets: The Firebird (1910), Petrushka (1911) and The Rite of Spring (1913). Though receiving scathing reviews and harsh criticisms, they are considered today as being some of the most innovative and revolutionary works in music.

From his book simply titled An Autobiography (1936), I have extracted a small piece for your reading pleasure. Here are the motivating words of the great Igor Stravinsky ….

“… Apart from my improvisation and piano-practice, I found immense pleasure in reading the opera scores of which my father’s library consisted—all the more so because I was able to read with great facility. My mother also had that gift, and I must have inherited it from her. Imagine my joy, therefore, when for the first time I was taken to the theatre where they were giving an opera with which as a pianist I was already familiar. It was A Life for the Tsar, and it was then I heard an orchestra for the first time. And what an orchestra—Glinka’s! The impression was indelible, but it must not be supposed that this was due solely to the fact that it was the first orchestra I ever heard. To this day, not only Glinka’s music in itself, but his orchestration as well, remains a perfect monument of musical art—so intelligent is his balance of tone, so distinguished and delicate his instrumentation; and by the latter I mean his choice of instruments and his way of combining them. I was indeed fortunate in happening on a chef d’oeuvre for my first contact with great music. That is why my attitude towards Glinka has always been one of unbounded gratitude…

About the same time I heard Glinka’s second opera, Ruslan and Ludmilla, at a gala performance given to celebrate its fiftieth anniversary. My father took the part of Farlaf, which was one of the best in his repertoire. It was a memorable evening for me. Besides the excitement I felt at hearing this music that I already loved to distraction, it was my good fortune to catch a glimpse in the foyer of Peter Tchaikovsky, the idol of the Russian public, whom I had never seen before and was never to see again. He had just conducted the first audition of his new symphony—the Pathetic—in St. Petersburg. A fortnight later my mother took me to a concert where the same symphony was played in memory of its composer, who had been suddenly carried off by cholera. Deeply though I was impressed by the unexpected death of the great musician, I was far from realizing at the moment that this glimpse of the living Tchaikovsky—fleeting though it was—would become one of my most treasured memories…”