Leftovers are usually thought of as food that we will eat later’; sometimes because we want to and other times because we feel guilty. In restaurants there is even a word for the container we put our uneaten food at the end of our meal. This is the ‘doggy bag’ however, one has to wonder if the dog ever really sees this food. And then, does this mean that if we do not have a dog we are taking the food under false pretences?

The term leftover seems to be a human word, used for things we will relegate and save for later. However, is it possible that the idea of leftovers can also be in the animal kingdoms? For example; when taking a walk in winter and early spring, right when the tress are leafless or just before the buds open, up in the highest boughs one can observe nests; large and small nests that were constructed quite eloquently, for they are nestled securely for a bird family, and probably quite comfortable. But during these times of years, when we can see them quite clearly , they are empty…as we would say…no one is home. Which gets us thinking, are these habitats leftovers? If another bird came along would its vacancy give it “squatter’s rights”? 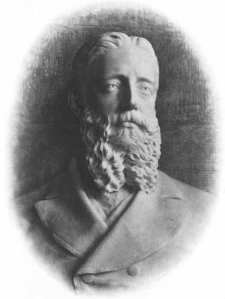 Today’s blog invites you to learn about a bit about the esteemed thinker: Richard Jefferies (1848-1847). English born author, Jeffries wrote during the latter portion of Victorian England, whose affinity for nature and rural life is evidenced in his work. Unknown today by most readers, his influence on other greats such as W.H. Hudson, Edward Thomas, Henry Willaimson, and John Fowles has been noted. In his early career he was a reporter for the North Wilts Herald, a Tory newspaper based in Swindon. In 1878 in the Pall Mall Gazette a series of 24 articles under the title “The Gamekeeper at Home”, based on memories. As time went on he took his pen to fiction, where he became established as the foremost natural history and country writer of his day.

And so in keeping with his reputation as a naturalist, I bring to you a bit of rural life among the “birds”. Here is a snippet from Richard Jeffries essay, Bird’s Nest. And next time you are out, look up and you may see those architectural wonders built by our two legged friends, the birds.

“…The nest requires a structure round it like a cage, so that the fledglings might be prevented from leaving it till better able to save themselves. Those who go to South Kensington to look at the bird’s-nest collection there should think of this if they hear any one discoursing on infallible instinct on the one hand, or evolution on the other. These two theories, the infallible instinct and that of evolution, practically represent the great opposing lines of thought—the traditional and the scientific. An examination of birds’ nests, if conducted free of prejudice, will convince any independent person neither that the one nor the other explains these common hedge difficulties. Infallible instinct has not supplied protection for the young birds, nor has the experience of hundreds of years of nest-building taught the chaffinch or the missel-thrush to give its offspring a fair start in the famous ‘struggle for existence.’ Boys who want linnets or goldfinches watch till the young are almost ready to bubble over, and then place them in a cage where the old birds come and feed them. There is, then, no reason why the nest itself should not be designed for the safety of the fledgling as well as of the egg. Birds that nest in holes are frequently very prolific, notably the starling, which rears its brood by thousands in the hollow trees of forests. Though not altogether, in part their vast numbers appear due to the fact that their fledglings escape decimation…

…To understand birds you must try and see things as they see them, not as you see them. They are quite oblivious of your sentiments or ideas, and their actions have no relation to yours. … They look at the matter from the very opposite point of view. The more thoroughly the artificial system of natural history ethics is dismissed from the mind the more interesting wild creatures will be found, because while it is adhered to a veil is held before the eyes, and nothing useful can ever be discovered. “