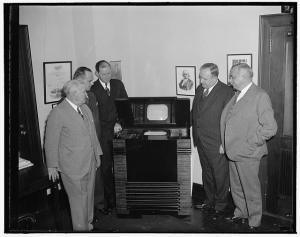 The rate in which the world around us changes accelerates with time. And as we become increasing more automated these changes reflect our surroundings … a system in flux. A sense of permanence no longer dominates the landscape and the urgency for acquiring new things governs our desires.

Man and womankind have always gravitated to acquire things that are branded “the latest model”, however products that were once designed to last a lifetime are no longer are in vogue. Less and less are things repaired but instead designed to be replaced.

In the twentieth century when a television ceased to function the owner would call the “TV repair man”, a fellow who would come by your home with a set of tools as particular as a surgeon’s. In comparison to today, rarely does one own a television long enough for it to malfunction; for like fashions that change from season to season, there is always a newer and better model to buy. Right when you have saved up enough money to purchase what is deemed the best, the latest and updated model makes its entrance flaunting its upgrades.

So … the next time you pass by a store try to refrain from feeling too out-dated for the only thing permanent is the desire for change.

Today’s blog brings back the esteemed thinker: Pablo Picasso (1881-1975) the renowned artist who was always to on the precipice of modern thinking. He was a painter who brought innovation to the art world, and no matter how old his work may be it is never out of vogue.

Between 1907 and 1914 Picasso and artist friend, George Braque created Cubism; a style of visual arts that become one of the most influential of the 20th century. The subject of the painting was not visible in the discernible sense; in this style of painting and figures were often overlapping planes and facets.

For those who wish to resurrect their artistic senses, feast your eyes on a most famous work of art by Mr. Picasso titled Oil Mill (1909). And remember, if you are able to afford one of his pieces of art rest assure, although it may be over 100 years old, you will be the envy of your neighbors.