When it comes to hearty, size is not always the defining feature. Most of us have the perception that “big” equates to strong, however that particular idea is frequently a misconception. It is often in nature where we w 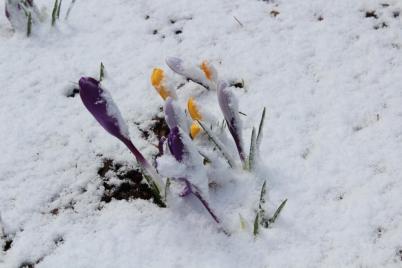 itness “small” being just as robust as  its counterpart. A mighty oak is surely a visual spectacle of greatness however; it is the tiny crocus that often seems to defy all weather challenges put forth upon it.

The crocus is one of the first blooms appearing even as early as January; a time when most dwellers of North America are still donning winter coats. So don’t be surprised to see these flowers’ colorful little “heads” pop up out of the ground before all the others… and they will remain faithfully in bloom, with buds held high defying its covering of snow, gently unfolding towards the sun as if they were sunbathing on the beach!

Today’s blog brings you the acclaimed American author, Louisa May Alcott (1832-1888). Born in Germantown, Pennsylvania, she is best known for her novel Little Woman. Alcott’s parents were progressives for the time, taking part in the mid-19th century social reform movement, supporting the abolition of slavery and even acting as station-masters on the Underground Railroad. They were also active in the temperance and women’s rights movements.

Louisa May Alcott was educated mainly by her father, although Thoreau, Emer 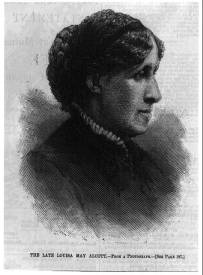 son, Nathaniel Hawthorne, and Margaret Fuller were family friends, also providing her lessons. She began writing when she was young, and she and her sisters enjoyed acting out some of her stories.

During the American Civil War, she volunteered to sew clothes and provide other supplies to soldiers. Including volunteering to be a nurse in Washington, D.C.

Her career as an author was wide spread, including stories and poems. A lesser-known part of her work are the passionate, fiery novels and stories under the pseudonym A. M. Barnard. In her later life, Alcott became an advocate of women’s suffrage, and was the first woman to register to vote in Concord, Massachusetts.

From her novel, Little Men (1871) I now bring you a quote; few in words but mighty in spirit…like the crocus.

“Love is a flower that grows in any soil, works its sweet miracles undaunted by autumn frost or winter snow, blooming fair and fragrant all the year, and blessing those who give and those who receive.”