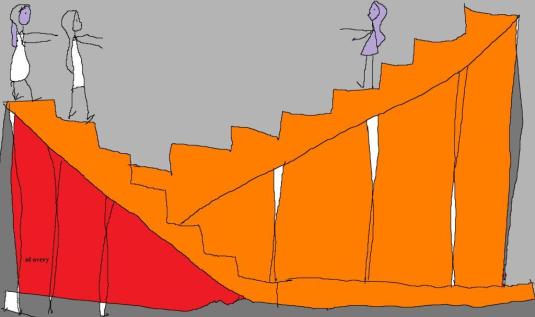 The term “globalization” is tossed about with impunity giving the 21st century readers the feeling that we are living in the most influential of times. Yet, this superiority complex might have been fulfilled by the confusion of terms; Globalization vs. transfer of information. Despite what you may wish to think, globalization has been taking place centuries before we ever came around and reached a pinnacle that directly impacted our modern world. One must look back to what is considered a turning point of historical magnitude and influence, the age of Atlantic exploration.

In contrast, what we are presently encountering is a term I have coined as “Herculean speed” the enabling of immediate transfer of information. Rather, it is the gathering and delivery of data that has been expeditated… and not an expansion of globalization.

Let’s begin with 1492, a most infamous date most can relate with; there is historical agreement that this was a turning point in world history. The ascent of a wealthy, powerful, and imperial Europe led to the emergence of the first-ever completely global market, creating international rivals seeking to dominate. Europe found itself at the center of the global economic network and as a result commanding large empires. Ruthless, destructive, and exploitive; a reign of terror; it was globalization that impacted our today.

And so, while we may feel smug about our “speed’ let us be reminded that those who came before directed the Renaissance of globalization, while we just move it along. As the expression goes, “Slow and steady wins the race”. Perhaps we need to look back at that forgotten adage….

Today’s post brings you the esteemed thinker: Dicaearchus of Messina (b.@310 BC); a Greek Philosopher, geographer, and cartographer. He was a pupil of Aristotle spending most of his life in Sparta. His most remembered work in geography is Peridos ges (Tour of the Earth) and a history of Greek life, Bios Hellados.  His work, Circuit of the Earth, was a descriptive geography in which Dicaearchus said that the earth has the shape of a globe. Following his belief of earth’s sphericity led him to make maps as well as deliberate other phenomena such as the cause of ebb-and flood-tides and the source of the Nile River.

Dicaearchus Map around 300 BC

Dicaearchus was the first to introduce reference lines in maps which later led to the origin of the geographical coordinates. He assumed the existence of a southern hemisphere, and made an estimate of the earth’s circumference, (the exaggerated measurement of 40,000 miles). His map remained for a long time the standard.