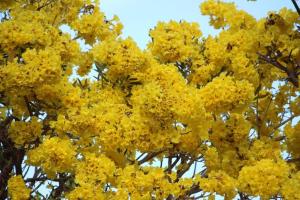 There are some things in one’s life that time is unable to devour… and that is the simple pleasures. And although time may chip away like the splintering of a tree into kindling, only to be consumed and then float away into ashes, simple pleasures often remain a constant.

How we occupy our time may change from decade to decade, person to person, generation to generation, yet some pleasures are still considered favorites. And even though the world has slowly been dominated by technology, there is still room for a most unelaborated contraption, the swing. The very act of swinging has the ability to transport us back to our youth on a spring day; a carefree moment in life.
And so, I invite you to swing back in time, close your eyes, and allow yourself this unsophisticated delight. Recall a time when a simple pleasure occupied your time; and I would imagine for some, it may have been between the boughs of a tree…. upon a swing. 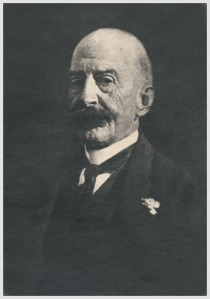 Today’s blog returns to us the esteemed thinker: Winslow Homer (1836-1910) America’s great artist who in the ninetieth century had the vision to recreate on canvas and paper both the simple pleasures and harsher realities of life. Born in Boston, Massachusetts, Homer began as an illustrator and developed into the arena as one of the finest realist painters in the United States. Known for many of his watercolors, his work often emphasized nature; such the cliffs, mountains, rocks, and the seas of New England. He captured the wildness of the forces in nature as well as the people that endured and settled such harsh regions of the time. He found the tranquility of Mother Earth and her beauty… and then, through his art, brought it all to us.

I now bring you Homer’s interpretation of what I call simple pleasures; a watercolor completed in 1897, Girl on a Swing.

Nature’s influence is as expansive as the wonders she endows upon us. And with this thought one can only turn to the arts for examples of such marvels. From poets, to painters, to musicians, the natural surroundings have inspired.

Our inspirations come from the both large and small, tiny and grandiose. A warm breeze or a tidal storm; all products of nature; she is the source, the “ah ha moment” that stirs the creative process… gets the brush dipped into paint, the fingers flowing across the keyboard, and the first notes on the staff.
It is not hard to become inspired by nature; what is difficult is taming her for our distractions. It is true that some may pass her by with a carefree smile; however there are others who are propelled into her world as great as the passion provoked.

Today’s blog brings to you the esteemed thinker: Winslow Homer,( 1836- 1910) a American artist and illustrator. Homer, considered to be one of the greatest American painters, was born in Boston, Mass. His career as an artist began at the age of 19 when he apprenticed at John.H Bufford’s lithography shop, teaching himself to draw by illustrating or the copying of photographs for sheet music covers of popular songs (1855-57). Two years later he moved to New York, attended a few art classes, later freelancing for Harper’s Weekly where he was sent to Virginia as an artist correspondent to cover the Civil War.

Homer travels and paints in France for a short time, only to return to the United States developing an impressionist style of painting years before the established school of Impressionism. His return to the United States takes him to seasides and rural communities where he is surrounded and enchanted by the beauty of nature, enticing him to experiment with technique, style, watercolor and oils. Throughout his life he travels to destinations such as the Caribbean, the Adirondacks, and rural Maine where he completes some of the most dramatic paintings. To date he continues to motivate and awe with his energy and artistic skills…for to see a Winslow Homer” is to be in the presence of greatness.

I now present to you one of our great American paintings, The Gulf Stream, 1899, an oil on canvas, inspired by Mother Nature and two winter trips to the Bahamas in 1884-85 and 1898-99. Painted by none other than Winslow Homer, take a moment from your hectic day and enjoy!