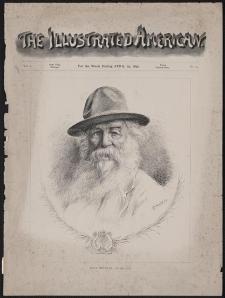 The more we know the more we don’t know…in other words, as we amass awareness of our world, through whatever means you choose, it becomes evidently clear that there is so much more than meets the eye; and as our interests grow, then too do we realize that we understand only a fraction of what is available… or what is not available to the intellect.

And as this vast amount of knowledge continues to expand like a field of weeds in the summer, so too does the terminology and acronyms that accompany such information. There are professions that appear to thrive on such abbreviated phrases making outsiders feel less than adequate… for example: JSON – JavaScript Object Notation, or PCI-X Peripheral Component Interconnect Extended … (and I thought java was coffee; and when did an X stand for the word extended! ) As our knowledge base flourishes; interestingly, our conversational vernacular seems to be decreasing as well as becoming more abridged….until we whittle away a complete thought in a modified text…Not that this is bad; just… shall we say…it is like taking one bite out of the cake..by-passing the lemon filling that the baker so intended for you to savor.

Authors that were once widely read by the literate public can be a daunting task in the 21st century. But one would have to wonder why… after all, with all our technology and availability to access information, we would assume that discovering Shakespeare, Tolstoy, Joyce, Flaubert, and even Poe would be less of a challenge today. However, in defense of present day readers, we can also take into account that our language has changed; whereby words and their placement within the sentence have been modified since the days of yore.

And then too there is that pesky nuance that seems to plague us…attention span… many folks do not appear to find that they enjoy having to decipher material that takes time. For many “time” is precious and therefore immediacy is gratifying…hence abbreviations have become the norm.

On the other hand, language can be simple and at the same time complex in idea; it can evoke questions, push to the limits ideals, but with these abstractions comes “think time.” Whereby I would encourage the reader to dip into the workings of literary geniuses as one would take a walk in a forest rather than running like a deer into the thickets, for we would not like all things to change in response to our impatient world… (I imagine that those who like their spirits “aged” would wince at the idea of stepping up the process… I rest my case!)

And so I bring to you our esteemed thinker: Walt Whitman, a man who changed the face of poetry during his lifetime; believing that the everyday language of his fellow American was and should be celebrated. He glorified people in all walks of life, nature, and the landscape we know as the United States. His direct and matter of fact ways, his connection with manual labor and heart transformed the poetic ideals of the 19th century… a most radical innovation at the time of publication.

Here is Mr. Whitman speaking on behalf of the more “playful , vivid, and sometimes taboo jargon” we are all quite familiar with… from his prose essay, let us take a moment to ponder a bit from “Slang in America” (1892).

“ View’d freely, the English language is the accretion and growth of every dialect, race, and range of time, and is both the free and compacted composition of all. From this point of view, it stands for Language in the largest sense, and is really the greatest of studies. It involves so much; is indeed a sort of universal absorber, combiner, and conqueror. The scope of its etymologies is the scope not only of man and civilization, but the history of Nature in all departments, and of the organic Universe, brought up to date; for all are comprehended in words, and their backgrounds. This is when words become vitaliz’d, and stand for things, as they unerringly and soon come to do, in the mind that enters on their study with fitting spirit, grasp, and appreciation.

Slang, profoundly consider’d, is the lawless germinal element, below all words and sentences, and behind all poetry, and proves a certain perennial rankness and protestantism in speech. As the United States inherit by far their most precious possession—the language they talk and write—from the Old World, under and out of its feudal institutes, I will allow myself to borrow a simile even of those forms farthest removed from American Democracy. Considering Language then as some mighty potentate, into the majestic audience-hall of the monarch ever enters a personage like one of Shakspere’s clowns, and takes position there, and plays a part even in the stateliest ceremonies. Such is Slang, or indirection, an attempt of common humanity to escape from bald literalism, and express itself illimitably, which in highest walks produces poets and poems, and doubtless in pre-historic times gave the start to, and perfected, the whole immense tangle of the old mythologies. For, curious as it may appear, it is strictly the same impulse-source, the same thing. Slang, too, is the wholesome fermentation or eructation of those processes eternally active in language, by which froth and specks are thrown up, mostly to pass away; though occasionally to settle and permanently crystallize…

Language, be it remember’d, is not an abstract construction of the learn’d, or of dictionary-makers, but is something arising out of the work, needs, ties, joys, affections, tastes, of long generations of humanity, and has its bases broad and low, close to the ground. Its final decisions are made by the masses, people nearest the concrete, having most to do with actual land and sea. It impermeates all, the Past as well as the Present, and is the grandest triumph of the human intellect…

Point of view; (or POV which I now recognize as a widely used acronym in blogs) is a powerful tool. It enables us to see through someone else’s eyes or if you prefer…walk in their shoes. And with ‘point of view’ we find many perspectives that we either share in agreement with or disagree wholeheartedly…because after all, it is a point of view. A point of view can be an appraisal or opinion; it even has its own literary term when the writer wishes to convey a particular posture… “the narrative view point”… when the story is told from a consistent perspective. It can be in the 1st, 2nd or 3rd person; singular or plural. Sometimes the narrator is all knowing as with the “omniscient”, sometimes as a speculative observer: objective, and then it can be a limited point of view through the scrutiny of a character: subjective.

But when we get to poetry, this genre takes on a whole new realm; for looking at life through the point of view of the poet is quite unique…so unique that many times the reader finds himself or herself disconnected or to the contrary… even more connected than he or she imagined possible.

For the poetic design is composed with limited verbiage; as though every word was a breath that was exhaled… giving life to the thought or idea. Then as we the reader inhales the image; it expands in our own minds allowing us to observe the big idea…and doing such… this point of view is bestowed as a gift that we may keep or discard..whichever seems most fit.

And so, I hope you will allow today’s blog to borrow a moment of your time for the esteemed thinker: Walt Whitman (1819-1892) ; a most extraordinary man, considered by many (including this blogger) as one of America’s greatest and most significant poets. Born on Long Island, Whitman lived in Brooklyn, N.Y. where his numerous occupations as printer, teacher, editor, and reporter led him to what his name is tantamount with, writer.. His most noted work; Leaves of Grass was self-published; inspired by his travels through the frontiers of the United States and his appreciation for Ralph Waldo Emerson. Although critics of his time were not always kind in regards to his work, his legacy as a monumental contributor to American literature has withstood even the most ardent of critics. Lastly, Walt Whitman is claimed to be the first American “poet of democracy”.

From his book titled Complete Prose Work, here is Mr. Whitman’s point of view regarding poetry.

“… Strange as it may seem, the topmost proof of a race is its own born poetry. The presence of that, or the absence, each tells its story. As the flowering rose or lily, as the ripened fruit to a tree, the apple or the peach, no matter how fine the trunk, or copious or rich the branches and foliage, here waits sine qua non at last. The stamp of entire and finished greatness to any nation, to the American Republic among the rest, must be sternly withheld till it has put what it stands for in the blossom of original, first-class poems. No imitations will do…”

I would be remiss to you, readers of this blog, if I did not grace this page with at least one of Walt Whitman’s poems. There are too many greats to choose… so I will keep to my theme…

When the Full-Grown Poet Came

When the full-grown poet came,
Out spake pleased Nature (the round impassive globe, with all its
shows of day and night,) saying, He is mine;
But out spake too the Soul of man, proud, jealous and unreconciled,
Nay he is mine alone;
—Then the full-grown poet stood between the two, and took each
by the hand;
And to-day and ever so stands, as blender, uniter, tightly holding hands,
Which he will never release until he reconciles the two,
And wholly and joyously blends them.

(To my friend and fellow blogger, Rohan, thank you for your suggestions!)