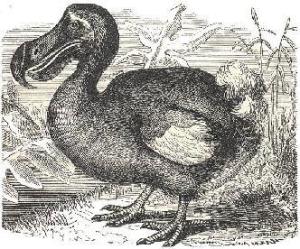 Such a fragile world we live in; so fragile that what was once thriving can disappear forever. Let us take for example the Dodo Bird. Though it is often thought of with a chuckle; for its name sounds rather silly…its existence was once quite real. A rather large bird of about 3 feet tall, it lived comfortably near Madagascar on the island of Mauritius in the Indian Ocean. It was first documented by the Dutch when they inhabited the island as a penal colony in the 15th century. As history recalls, it had no natural predators and as such was fearless of humans. Being that they were flightless, they were also easy prey… as one can see where this is leading …. seafarers who used the island as a stop-over point came ashore hungry and along with the animals brought to the island, the poor birds had little chance and have been extinct since the last one in 1681.

We know that the world revolves around progress in many forms; and as we take this into account there is a positive mindset … humans need to be respectful of the world and its creatures. But in spite of this positive attitude…unfortunately, the number of species around the world that are threatened or endangered continues to climb; just as some species have been delisted for a variety of reasons … This month the Grey Wolf was removed from endangered status … however this delisting has become a contested debate for many environmental groups that maintain a continued need for its protection.

The bald eagle is a true success story for recovery… flourishing in numbers, whereby after having been nearly eradicated, in 2009 it was delisted from the Federal Endangered list and does not need protection under the Endangered Species Act.
Sometimes an animal goes off and on a list; such as the Grizzly bear. By 1975 most had disappeared from the lower 48 states mainly due to habitat destruction, roads and reduction of large wildland areas. But thanks to Endangered Species Act protections, the Yellowstone grizzly bear population increased from around 224 bears in 1975 to 582 in 2010. Henceforth, it was delisted in 2007. But then a “grizzly” turn- of- events took place due to more habitat loss and global warming, relisting the poor animal in 2010, and then declared recovered by the U.S. Fish and Wildlife Service in 2011.

And then there are some species that no longer exist in the wild; such as the Catarina pupfish of Mexico and the Hawaiian crow, also known as the Aumaka….which perhaps actually makes them extinct. It is no wonder that the sight or sound of an animal in the wild makes us sigh with awe; from the flutter of a yellow tail butterfly, the hovering of a dragon fly over water, to that “once in a while” lucky glimpse of a wading heron; who else but Mother Nature and her family could offer us such life… 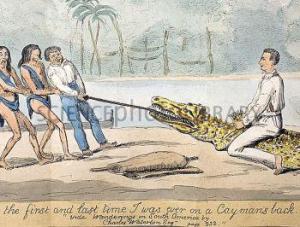 So today I bring back Charles Waterton, English naturalist and explorer whose words dating back to 1824 are significant and profound. I invite you to find a few moments and as you are reading be heartened by his insight that still hold so true today. From his book Wanderings in South America, allow me to make room for Mr. Waterton as we interrupt his thoughts about Philadelphia.

“…The extensive squares of this city are ornamented with well-grown and luxuriant trees. Its unremitting attention to literature might cause it to be styled the Athens of the United States. Here learning and science have taken up their abode. The literary and philosophical associations, the enthusiasm of individuals, the activity of the press and the cheapness of the publications ought to raise the name of Philadelphia to an elevated situation in the temple of knowledge.

From the press of this city came Wilson’s famous Ornithology. By observing the birds in their native haunts he has been enabled to purge their history of numberless absurdities which inexperienced theorists had introduced into it. It is a pleasing and a brilliant work. We have no description of birds in any European publication that can come up to this. By perusing Wilson’s Ornithology attentively before I left England I knew where to look for the birds, and immediately recognised them in their native land.

Since his time I fear that the white-headed eagles have been much thinned. I was perpetually looking out for them, but saw very few. One or two came now and then and soared in lofty flight over the Falls of Niagara. The Americans are proud of this bird in effigy, and their hearts rejoice when its banner is unfurled. Could they not then be persuaded to protect the white-headed eagle, and allow it to glide in safety over its own native forests? Were I an American I should think I had committed a kind of sacrilege in killing the white-headed eagle. The ibis was held sacred by the Egyptians; the Hollanders protect the stork; the vulture sits unmolested on the top of the houses in the city of Angostura; and Robin Redbreast, for his charity, is cherished by the English:
No burial these pretty babes
Of any man receives,
Till Robin-red-breast painfully.
Did cover them with leaves…”