It seems as though everyone is complaining that the seasons are changing…this is the hottest spring, the wettest summer, or the coldest winter. For as long as men and women have communicated “weather” has been part of our daily verbiage. In fact it even affects the where and how we choose to live. Folks who live in the northern Untied States and Canada often migrate south to Florida where they spend their winters, earning them the title of “snow birds” by the locals … for they can be seen flocking to the beaches to bask in the sun. While those who live south travel north in the fall to see the changing leaves and receive a perfectly beautiful autumn gift.

And then there are those adages that help us predict what the day’s weather will be; “Red Sky at night sailor’s delight, red sky in morning sailors take warning.” For those who braved the oceans in the days of yore, it was a phrase most presumably uttered for survival in contrast to those today who need to decide if they should take an umbrella to work or not. And then I suppose dog owners and their four legged friends that venture out for an early (too early!) walk in the morning are the first to analyze the weather…that is if they chant this old wives- tale; “If a dog pulls his feet up high while walking, a change in the weather is coming.” Others of us who nurture lovely flower beds can also be considered a forecaster by looking to the garden …”The daisy shuts its eye before rain.”

If perchance you are a supporter or skeptic of a more scientific view of climate… we cannot over look global warming, the greenhouse effect, and the diminishing ozone layer as having contributed to Earth’s changing conditions. As a result of the aforementioned, a roller coaster of affects have been occurring around the world; which range from heat waves to droughts to negative arctic oscillation (a climate pattern where cold Arctic air slides south while warmer air moves north, bringing snow storms and record cold temperatures to much of the Northern Hemisphere) . On the flip side, Earth herself does go through natural warming and climatic revolutions and therefore not all are a factor of human intervention.

So…. if you decide to dash off and spend New Year’s Eve in Taormina, Sicily or take a jaunt to go skiing in Gstaad, Switzerland, you will most likely ask someone somewhere before your depart, “ What’s the weather going to be like?” 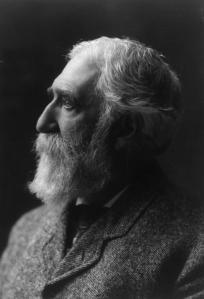 I will now cast a favorable prediction on today’s blog in hopes that you will find it to be most informative. Let me bring to your attention the esteemed thinker: Charles Dudley Warner (1829-1900), American author, critic, editor, and travel writer born in Plainfield, Massachusetts. Warner was the co- editor of Hartford’s Evening Press for thirty-six years. His friendship with Mark Twain led to a collaboration of writing… its outcome was a dual authorship of the book, The Gilded Age. Warner was a clever and skilled essayist that earned him the reputation during his lifetime as one of America’s most popular authors. Here is a sampling of a few witty quotes that are often repeated today: “Politics makes strange bedfellows” and “Everybody talks about the weather, but nobody does anything about it”. (Sorry for Mr. Warner…many believe these were from the pen of our illustrious Mr. Twain)

And so…. ‘neither snow nor rain nor heat nor gloom of night stays this blog’s courier from the swift completion of the appointed round’ …. I present to you words from Charles Dudley Warner’s clever essay, “How Spring Came in New England”.

New England is the battle-ground of the seasons. It is La Vendee. To conquer it is only to begin the fight. When it is completely subdued, what kind of weather have you? None whatever.
What is this New England? A country? No: a camp. It is alternately invaded by the hyperborean legions and by the wilting sirens of the tropics. Icicles hang always on its northern heights; its seacoasts are fringed with mosquitoes. There is for a third of the year a contest between the icy air of the pole and the warm wind of the gulf. The result of this is a compromise: the compromise is called Thaw. It is the normal condition in New England. The New-Englander is a person who is always just about to be warm and comfortable. This is the stuff of which heroes and martyrs are made. A person thoroughly heated or frozen is good for nothing… The New-Englander, by incessant activity, hopes to get warm…
Let us speak of the period in the year in New England when winter appears to hesitate. Except in the calendar, the action is ironical; but it is still deceptive. The sun mounts high: it is above the horizon twelve hours at a time. The snow gradually sneaks away in liquid repentance. One morning it is gone, except in shaded spots and close by the fences. From about the trunks of the trees it has long departed: the tree is a living thing, and its growth repels it. The fence is dead, driven into the earth in a rigid line by man: the fence, in short, is dogma: icy prejudice lingers near it. The snow has disappeared; but the landscape is a ghastly sight,—bleached, dead. The trees are stakes; the grass is of no color; and the bare soil is not brown with a healthful brown; life has gone out of it. Take up a piece of turf: it is a clod, without warmth, inanimate. Pull it in pieces: there is no hope in it: it is a part of the past; it is the refuse of last year…
During the night there is a change. It thunders and lightens. Toward morning there is a brilliant display of aurora borealis. This is a sign of colder weather.
The gardener is in despair; so is the sportsman. The trout take no pleasure in biting in such weather.
Paragraphs appear in the newspapers, copied from the paper of last year, saying that this is the most severe spring in thirty years. Every one, in fact, believes that it is, and also that next year the spring will be early. Man is the most gullible of creatures…”