You’ve made a list of the things your child will need for school from pencils and backpacks to sneakers and socks, and even their favorite snack to pack in their lunch. But wait, you may have forgotten the one item that could be a lifesaver. Yes, that’s right, I said life-saver…did you remember to buy the sunscreen?

Ongoing research about ultraviolet (UV) radiation and its effects on the skin show how sunscreens may play an increasingly important role in defending the skin.

Students in K-8 usually have recess or PE outdoors from 10:00 a.m. to 2:00 p.m.; one of the most intense and hottest times of the day. According to the American Cancer Society, one blistering sunburn in a child’s life could double a person’s chances of developing melanoma later in life.
However, sunscreen is only one item in the list of sun-safe precautions. Unfortunately, teaching sun-safe behavior is not universally recognized in every school. But parents and caregivers can take the lead.

The Skin Cancer Foundation recommends following these tips:
• Dress children in sun-protective clothing, including a broad-brimmed hat and UV-blocking sunglasses.
• Apply a broad-spectrum sunscreen to exposed skin every morning. (check with your pediatrician or family health care provider for suggestions about sunscreen)
• If permitted by your school, teach children to reapply sunscreen when going outdoors for recess.
• Teach kids to look for shaded areas in which to play.
• Protect yourself and lead by example.

For more resources and information, check out http://www.sunsafely.org. Educating children and teens is our first defense in helping prevent skin cancer later in life! Remember, sun protection should be on the top of your school list! 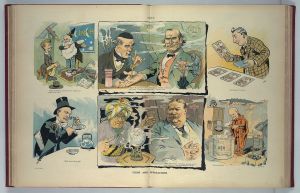 It is astounding to think that only a hundred and fifteen years ago, which is not a very long ago in the realm of time, the world was in the throes of a new millennium. This was the Edwardian era, the very beginning of the 20th century, and the future seemed as unrealistic as one could imagine. Airplanes, radios, and wireless transmission were at its infancy. And if only the predictions had come true, what a different world it would be. Andrew Carnegie hoped warfare would “become the most dishonorable” profession and Secretary of the Navy John D. Long held the common belief that war would be abolished.”

Forward to the 21st century, where we began with such inventions as segways, ipods, braile gloves and hybrid cars. Sadly we cannot celebrate the predictions of Carnegie and Long for they did not hold up to the test of time. Which leads us to today’s esteemed thinker: Nikola Tesla (1856-1943) a world renowned scientist who made some of his own predictions seventy or so years before the millennium.

Nikola Tesla, born in Smiljan, Lika, which was then part of the Austo-Hungarian Empire, the region of modern day Croatia. In 1873 he began his studies in mathematics and physics at the University in Prague, however became fascinated with electricity. In 1881 he started his career in electrical engineering in Budapst and privately built a reduction motor, a radical idea that was not received well in Europe. As a result he moved to the United States and worked with Thomas Edison. For the next 59 years he established himself as a great inventor, which included constructing his theory of alternating current, in direct conflict with Edison’s theory of direct current. In 1882, Tesla discovered the rotating magnetic field, a fundamental principle in physics and the basis of nearly all devices that use alternating current. Alternating current became standard power in the 20th Century, an accomplishment that ultimately changed the world.

I now bring to you a snippet from an article in the 1935 issue of Liberty magazine. Here is one of many predictions made by the inventor, Nikola Tesla, a man who probably did not predict his own beneficial contribution to everyday life.

“… At present we suffer from the derangement of our civilization because we have not yet completely adjusted ourselves to the machine age. The solution of our problems does not lie in destroying but in mastering the machine. Innumerable activities still performed by human hands today will be performed by automatons. At this very moment scientists working in the laboratories of American universities are attempting to create what has been described as a ” thinking machine.” I anticipated this development. I actually constructed “robots.”

Today the robot is an accepted fact, but the principle has not been pushed far enough. In the twenty-first century the robot will take the place which slave labor occupied in ancient civilization. There is no reason at all why most of this should not come to pass in less than a century, freeing mankind to pursue its higher aspirations…”