You’re not getting old, you’re getting better! #YogaNana

We may be in quarantine but we know how to live! 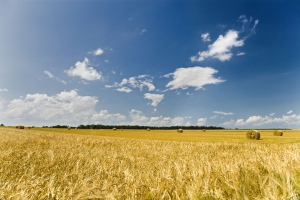 There are very few things that humanity agrees upon except perhaps when it comes to nature. Not even those who consider themselves city dwellers are devoid of Mother Nature’s presence nor can they ignore her. Even in the most congested conditions does one find a flowering weed growing between the cracks of cement, whereupon our hearts delight with its determination. Even in the smoggiest of days do we feel her resolve, releasing the sun’s rays or sprinkling rain upon a thirsty sidewalk…for these are the doings, the free spirit that belongs to nature… And of course there are the forever vistas that we witness along the shores or on the precipice of a mountain…scenes that make us heave with a great sigh of gladness.

We would be hard-pressed to find someone that has not recorded mentally or digitally nature … for we hold her in universal awe. It is a theme that has inspired the artists of the world and in tribute they have dedicated works in her honor.

Today’s blog introduces one of the most famous artists in history, a man who I believe was greatly misunderstood and unfortunately best known for his physiological breakdown during which he cut off part of his left ear with a razor; an event in his life that has became synonymous with his name… Esteemed thinker: Dutch artist Vincent Van Gogh (1853-1890) was a largely self taught artist and considered one of the greatest Post-Impressionists. His bold and colorful style of painting became an influence on his successors, where his approach to expressionism was adopted by generations of followers. Though his work was never honored during his lifetime, his masterpieces now have become part of what we recognize as genius. 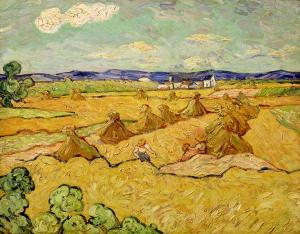 So without anymore fanefare, I bring to you the thoughts of this humble man which I have extracted from his letters to his brother, Theo. Set aside a moment and read the words of Vincent Van Gogh …

“… Many landscape painters do not possess that intimate knowledge of nature which those have who from childhood have looked at the fields. Many landscape painters as men (though we appreciate them as artists) give something that satisfies neither you nor me. You will say that everyone has seen landscapes and figures from childhood on. The question is: Has everybody also been reflective as a child? Has everybody who has seen them also loved heath, fields, meadow, woods, and the snow and the rain and the storm? Not everybody has done that as you and I have: it is a peculiar kind of surroundings and circumstances that must contribute to such knowledge of nature; it is a peculiar kind of temperament and character, too, that must help to make it take root…”