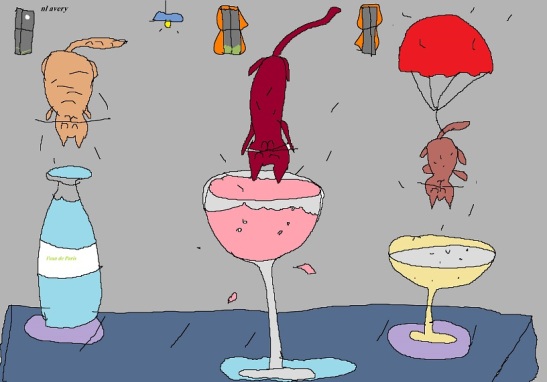 As much as one would not like to admit it; there is a stigma attached to growing older. Although sage, wise, and experienced are often implied to soften the blow, actions speak louder than words. These are the reminders in everyday life; those pesky commercials warning you of all the ailments on the horizon, the products needed to disguise your graying hair, and the places to send your elderly loved ones so they are safely away and not underfoot. Such are the few and not so subtle hints.

But take heed… despite the seemingly apparent drawbacks assigned to “senior” people, one of the phenomenon’s that those of a younger generation cannot relate to would be the pride of being part of a generation of human space flight; the first to watch our country launch the first men into space in real time.  Fuzzy and gray as the image appeared, it will forever be anchored to the memory along with the awe it inspired. So many were glued to a television screen to witness Alan Shepard a top of a rocket, literally.

So, when SpaceX founder, Elon Musk, successfully launched its new Falcon Heavy spacecraft, making it the world’s most powerful rocket, it was, to this blogger, a game changer. And as all eyes were peeled to the sky above, let us hope that those witnessing such an experience will never look at the stars in the same way again.  It was truly awesome. 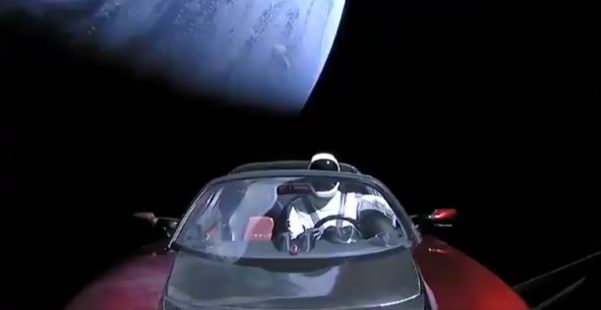 With each generation there comes change and with each generation there are those who look back at their elders as being rather antiquated. Changes within the generations are often parallel with technological advancements, relegating the elders into the unintentional but often considered outdated group. As change has ambushed the populations of the world so have many of the once heralded skills that have now been relegated as something one either does not partake in or “picks up” as they go along…such is the art of “eloquence”. Ahhh, a term that presently has been modified to mean something other than its original connotation, “a skillful way with words.”

There was once a time when the fine art of speaking, oration, was eloquence; when writing was eloquence, and those who attributed their time and learning to “eloquence” were looked upon with great regard. Yet rarely do we hear speakers of such finesse that we would call he or she an orator, and rarely in our day’s occurrences do we read anything which could be identified with such a title as eloquence, for with its meaning too has its execution been diminished.

So, for those who yearn for eloquence they will have to look back in time for certainly in the sound bites of today’s world, your “eloquent writing” would be snipped before you even got started …for after all… 140 characters is all you are allocated in a “tweet”! 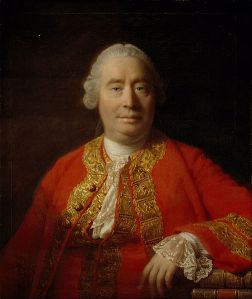 Today’s blog takes us into the 1700s with the esteemed thinker: David Hume (1711-1776)born in Edinburgh, he was a Scottish philosopher , historian, economist, and recognized by contemporary philosophers as precursor to cognitive science. He was considered a skeptic regarding philosophy and relentless critic of religion and metaphysics. Although best known for his Treatise of Human Nature (1740) and six volumes on The History of England (1754 -1762), Hume made two other major lasting contributions to economics. One is his idea that economic freedom is necessary condition for political freedom. The second is his assertion that “you cannot deduce ought from is”—that is, value judgments cannot be made purely on the basis of facts.

I now bring you the words of Mr. Hume who will expound further about “eloquence” and which was eloquently snipped from his essay, so aptly titled “Eloquence” (1742).

“…in many respects, of an opposite character to the ancient; and that, if we be superior in philosophy, we are still, notwithstanding all our refinements, much inferior in eloquence…In enumerating the great men, who have done honour to our country, we exult in our poets and philosophers; but what orators are ever mentioned? Or where are the monuments of their genius to be met with? There are found, indeed, in our histories, the names of several, who directed the resolutions of our parliament: But neither themselves nor others have taken the pains to preserve their speeches; and the authority, which they possessed, seems to have been owing to their experience, wisdom, or power, more than to their talents for oratory. At present, there are above half a dozen speakers in the two houses, who, in the judgment of the public, have reached very near the same pitch of eloquence; and no man pretends to give any one the preference above the rest. This seems to me a certain proof, that none of them have attained much beyond a mediocrity in their art, and that the species of eloquence, which they aspire to, gives no exercise to the sublimer faculties of the mind, but may be reached by ordinary talents and a slight application….

One is somewhat at a loss to what cause we may ascribe so sensible a decline of eloquence in later ages. The genius of mankind, at all times, is, perhaps, equal: The moderns have applied themselves, with great industry and success, to all the other arts and sciences: And a learned nation possesses a popular government; a circumstance which seems requisite for the full display of these noble talents: But notwithstanding all these advantages, our progress in eloquence is very inconsiderable, in comparison of the advances, which we have made in all other parts of learning…”

Self-expression takes on forms that can be observed in a multitude of ways. It can be applauded for its creative enterprises, or it can be avoided for its too outlandish expression. Artists, which include visual, literary, theatrical, and musical alike, are often revered for their self-expression, which can develop into an acceptable style either due to its conformity or it can put up a fight, demonstrating a more nonconformist approach regarding societies norms.

These latter examples are a quick look at adults who find themselves in the pursuit of self-expression. But if we were to observe the younger population, children, the degree of self-expression is curious. Its eloquence often mimics informal play, in comparison to that which is formal, regimented, and scheduled. Let us take the instance of receiving a gift. Perhaps the wee one, say at the age of four, is given a grand birthday present…does the child play with the tricycle or does he or she take this plain ordinary, rather large carton it was delivered in, and transform it into an imaginary rocket ship? But, if the child takes to the trike, perhaps their self-expression is reconstructing their persona into the form of an imaginary race car driver…although we can’t see it, the little mind is rushing about and the feet are peddling as quickly as they can.

Children’s freedom from inhibitions take flight at an early age; like a player on stage, they will light up a room with a fairy wand or capture the most notorious crook as a pretend policeman. They will sing the latest song, dance the latest dance, and demonstrate a magic act without any real props; happily emulating those who reign and command our many forms of entertainment… from video apps to the “silver screen”. Self-expression is the unique part of us all…it is the secret place that emerges like a rainbow behind a cloud…it can brighten the grey sky or distract another rain storm. For within our lifetime we take the role of presenter, sometimes the play is a success and other times it may be a flop…fortuitously, ones self-expression is malleable; like clay it has the ability to take a shape and then again be reshaped…and unless an artist is unyielding and allows it to harden without being true to the form, self-expression can be an asset, a performance that explores the self and for those who are lucky enough to be in the audience, it too can enrich the spectator.

Today’s blog returns and explores the words of our esteemed thinker: Jane Addams, a progressive and tireless worker who is recognized as the leader in the profession of social work in the United States. As the first American woman to be awarded the Nobel Peace Prize in 1931, she championed progress for public health and reform, which included both world peace and the woman’s right to vote.

I invite you to take a few moments to reflect upon some of her thoughts from her book, The Spirit of Youth and the City Streets. I give you Ms. Addams…

“…To the preoccupied adult who is prone to use the city street as a mere passageway from one hurried duty to another, nothing is more touching than his encounter with a group of children and young people who are emerging from a theater with the magic of the play still thick upon them. They look up and down the familiar street scarcely recognizing it and quite unable to determine the direction of home. From a tangle of “make believe” they gravely scrutinize the real world which they are so reluctant to reënter, reminding one of the absorbed gaze of a child who is groping his way back from fairy-land whither the story has completely transported him.

“Going to the show” for thousands of young people in every industrial city is the only possible road to the realms of mystery and romance; the theater is the only place where they can satisfy that craving for a conception of life higher than that which the actual world offers them. In a very real sense the drama and the drama alone performs for them the office of art as is clearly revealed in their blundering demand stated in many forms for “a play unlike life.” The theater becomes to them a “veritable house of dreams” infinitely more real than the noisy streets and the crowded factories…

…The few attempts which have been made in this direction are astonishingly rewarding to those who regard the power of self-expression as one of the most precious boons of education… The Children’s Theater in New York is the most successful example, but every settlement in which dramatics have been systematically fostered can also testify to a surprisingly quick response to this form of art on the part of young people…It would also be easy to illustrate youth’s eagerness for artistic expression from the recitals given by the pupils of the New York Music School Settlement, or by those of the Hull-House Music School. These attempts also combine social life with the training of the artistic sense and in this approximate the fascinations of the five-cent theater…”