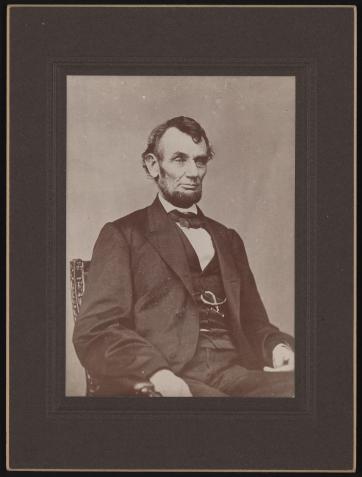 We have never met him, nor have we ever heard him speak yet we all feel as though we want to be like him, to embrace him, to live up to his standards. Such a man was Abraham Lincoln, a person from humble beginnings who became the President of the United States. His relevance today is applicable for the same reasons he was relevant to his contemporaries; he was a man of integrity, determination, and honesty.

Are these not the attributes that we wish to instill in children? Regardless of differences and similarities one cannot dispute that Lincoln was a leader with human qualities that each of us can find some connection to. He reminds us that it is okay to be who you are, that it takes hard work to make a difference, that not everyone will believe your way is the right way, but rather to live and try your best is a more noble route than to pursue an easier servile path.

The list of reason why Lincoln is relevant today are clearly demonstrated in the stories and speeches he left behind. Great men with great souls will forever remain relevant, and for Abraham Lincoln, from his Kentucky beginnings to his tragic death in Ford Theater, he will live among us forever. As long as those from humble beginning and not so humble beginnings continue to pass along his knowledge,passion, and legacy, we will continue to inspire the rising “Lincolns” among us. 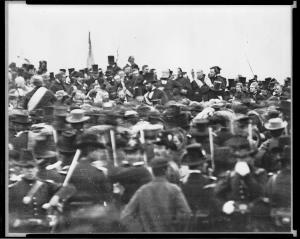 150 years ago beginning July 1 to July 3, 1863, the Battle of Gettysburg took place in Adams County, Pennsylvania. For three hot and treacherous days this most famous and most important Civil War Battle occurred; and although it started out as a skirmish, its fierce battles ended with 160,000 Americans involved and nearly one-third of the forces engaged resulted in casualties. Noted as the bloodiest battle of the Civil War, it was also the force behind the immortal speech of President Lincoln.

On Nov. 19th, 1863 President Lincoln went to the battlefield to dedicate its “hollow ground” as a military cemetery, the Soldiers’ National Cemetery at Gettysburg, whereupon he delivered his monumental Gettysburg Address. This brief speech of only 272 words still rings as loudly and as eloquently today; for the vision he saw for America, his vision of a new birth of freedom continues to resonate… and the famous phrase ”government of the people, by the people, for the people” demonstrates his democratic principles. His challenge to the American people a century and a half ago continues to be an inspiration; holding true “that all men are created equal”, wherever they may reside.

So in remembrance of this somber occasion I introduce or reintroduce to you to the timeless words of the 16th president of the United States, my hero, the esteemed thinker: Abraham Lincoln. I wish that my blog gives you a moment’s pause, to reawaken your memory with these most famous words. Here is President Lincoln….

GETTYSBURG ADDRESS” (19 NOVEMBER 1863)
[1] Fourscore and seven years ago our fathers brought forth on this continent, a new nation, conceived in Liberty, and dedicated to the proposition that all men are created equal.

[2] Now we are engaged in a great civil war, testing whether that nation, or any nation so conceived and so dedicated, can long endure. We are met on a great battle-field of that war. We have come to dedicate a portion of that field, as a final resting place for those who here gave their lives that that nation might live. It is altogether fitting and proper that we should do this.

[3] But, in a larger sense, we can not dedicate-we can not consecrate-we can not hallow-this ground. The brave men, living and dead, who struggled here, have consecrated it, far above our poor power to add or detract. The world will little note, nor long remember what we say here, but it can never forget what they did here. It is for us the living, rather, to be dedicated here to the unfinished work which they who fought here have thus far so nobly advanced. It is rather for us to be here dedicated to the great task remaining before us-that from these honored dead we take increased devotion to that cause for which they gave the last full measure of devotion-that we here highly resolve that these dead shall not have died in vain-that this nation, under God, shall have a new birth of freedom-and that government of the people, by the people, for the people shall not perish from the earth.